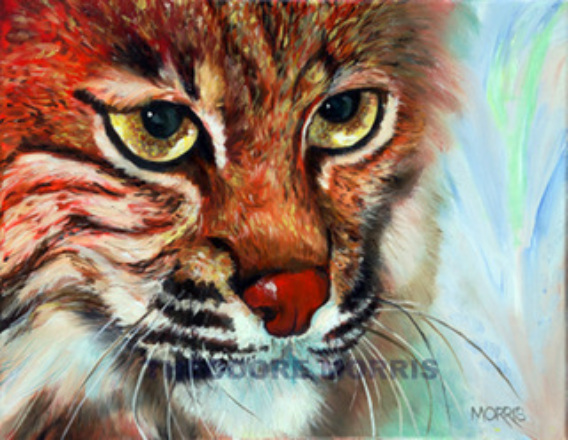 These ferocious animals were very abundant in Florida. Mostly, they make their dens in palmetto thickets. Cat images were carved from wood and used in spiritual ceremonies. Florida tribes used them for food and their bones were used for tools. The very soft fur was used for clothing.
OIL ON CANVAS   11''X14''   $700   SOLD 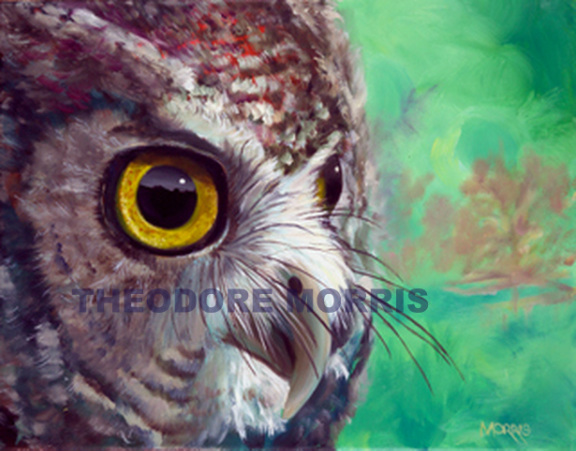 This owl is Florida's smallest owl. Owl effigies adorned ceramic vessels and were important in the spiritual beliefs of Florida's tribes. Their bones are hollow and were used for beads and whistles.
OIL ON CANVAS   11''X14''   $700 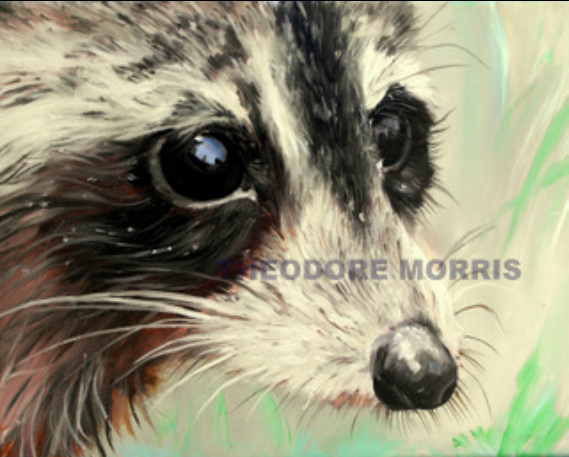 SRacoons are curious and intelligent animals. They were the second most hunted mammal  by Florida's Indians. Their bones were made into tools and their pelts were used for clothing and for trade.
OIL ON CANVAS   11''X14''   $700  SOLD

In 1493, sailing off the coast of Hispaniola, Columbus reported seeing three "female forms" which "rose high out of the sea, but were not as beautiful as they are represented". The logbook of Blackbeard, an English pirate, records that he instructed his crew on several voyages to steer away from charted waters which he called "enchanted" for fear of merfolk or mermaids, which Blackbeard himself and members of his crew reported seeing. These sighting were often recounted and shared by sailors and pirates who believed that mermaids brought bad luck and would bewitch them into giving up their gold and dragging them to the bottom of the sea.
OIL ON CANVAS   18'X 24"   $900