Seminole Indians came to Florida not as warriors but as farmers. They first settled on the fertile, well-drained soils around Lake Miccosukee east of present-day Tallahassee and around the rim of the Alachua Sink, the present-day Paynes Prairie south of Gainesville. Here they lived much as they had in the Creek Indian regions of central Georgia and Alabama. Before the Seminoles became Seminole, they were Creek Indians, with a deep ancestry in southeastern North America reaching back to the people who built the large earthen mounds and lived in farming villages four hundred years before the first European arrived and to their ancestors before them. These people grew corn, beans, and squash, and lived in orderly villages arranged around a central square and ruled by chiefs. They planted their crops in the fertile floodplains of the rivers and streams, built traps or weirs of stone to catch fish in the shallow rapids, and hunted deer and other game in the upland forests. When the Spaniards and then the French and English first came to this region, they encountered highly organized native societies who were willing to defend themselves if necessary but were also eager to trade for European goods. The Indians and the Europeans… 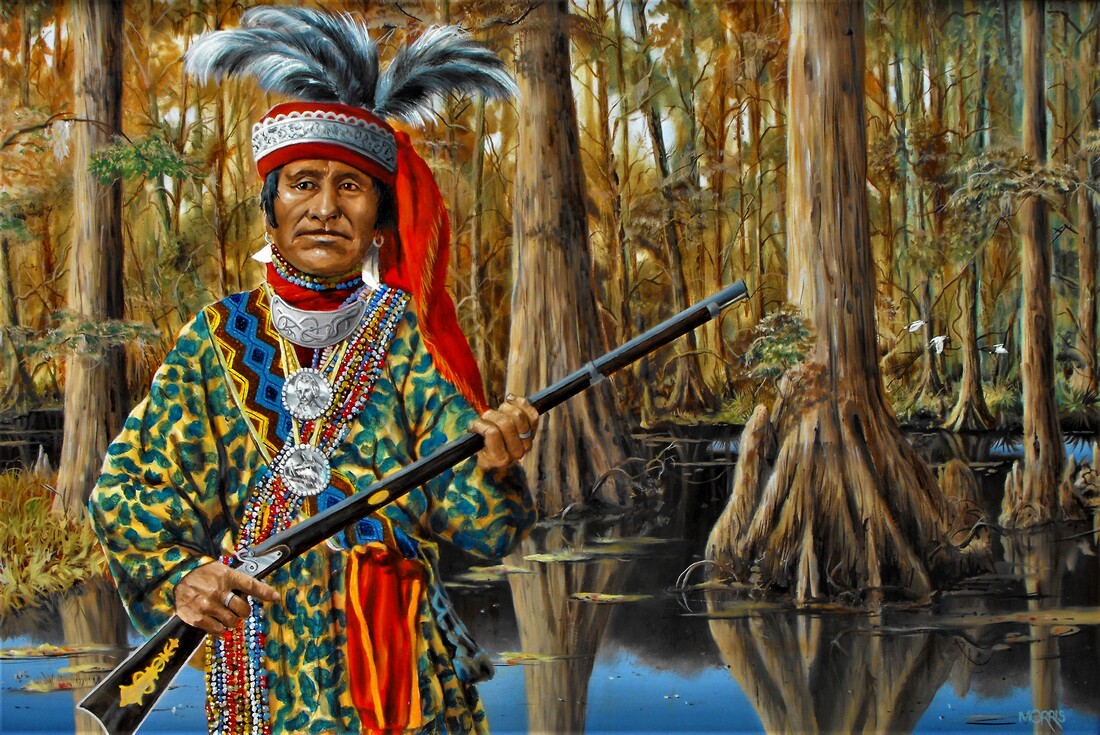 OIL ON CANVAS   24''X36''   $6,500
After the end of the Second Seminole War, Holata Micco and his followers lived in peace with white settlers near their home in the Big Cypress Swamp. In 1855, Holata Micco and 30 of his warriors attacked a U.S. Army survey party who had destroyed some of their crops and were recording the location of their villages. I based this painting on a drawing of Billy Bowlegs created for a northeastern newspaper in 1858. It was pointed out, by a Seminole, that his shirt is wrong and would include a design pattern. I felt he should be pictured in the land he loved. 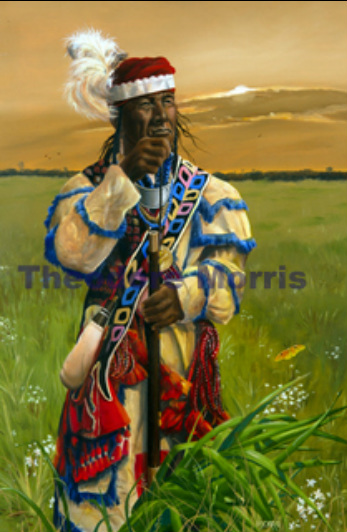 OIL ON CANVAS   36''X24''   $5,200
This Seminole dresses in traditional tribal garb and is based on a display at the history museum in Naples. The second Seminole war lasted from 1635 to 1842. It started when the United States government tried to remove the Seminoles from their ancestral homeland in Florida. I painted the dramatic sun setting behind a cloud as a symbol of the removal from Florida of most of the powerful Seminole tribal members.

“...let us hear no more of sympathy for these Indians. They know no mercy. They are demons not men. They have the human form, but nothing of the human heart...If they cannot be immigrated, they should be exterminated.”
(David Levy, Florida Congressional Delegate, 1842) 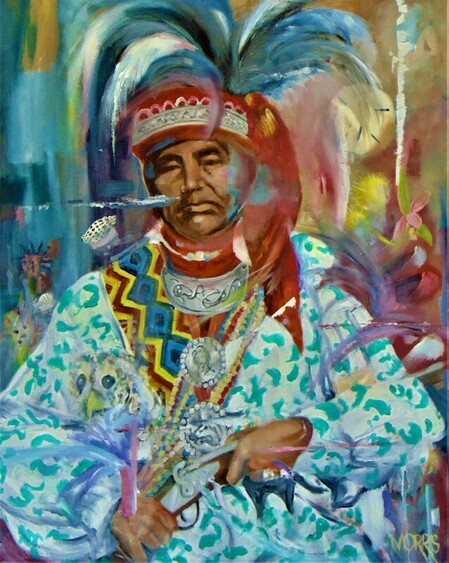